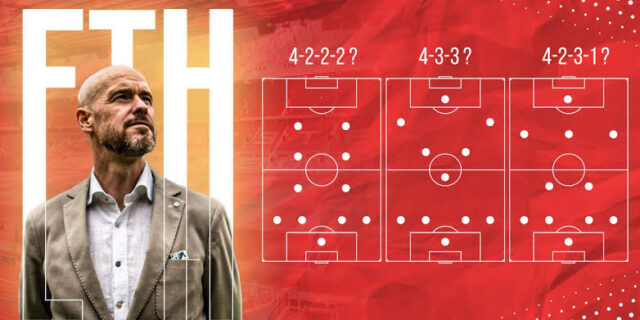 Manchester United suffered a humiliating defeat at the hands of rivals and neighbors, Manchester City, at the weekend.

Erik ten Hag’s men will look to bounce back when they face Omonia in the Europe League tomorrow night.

As far as the team news is concerned, we can expect the Dutch manager to make more than a few changes in the squad that started vs Man City on Sunday.

Varane suffered an injury against the Sky Blues and therefore, he should be rested. In his place, Lindelof could return to partner Martinez in the central defense.

Diogo Dalot should retain his RB position, on the other hand, Luke Shaw may return and replace Malacia to feature in the left back role.

In the center of the park, Eriksen and McTominay should be out and Brazilian duo of Casemiro and Fred may get the nod to start in Cyprus

As far as the attack is concerned, Ronaldo, who scored in the last round, must start as the lone center forward up front and Fernandes may feature in the No. 10 role again.

The likes of Elanga and summer signing, Antony, could feature in the wide attacking positions. Here is Man Utd’s strongest possible 4-2-3-1 XI vs Omonia: