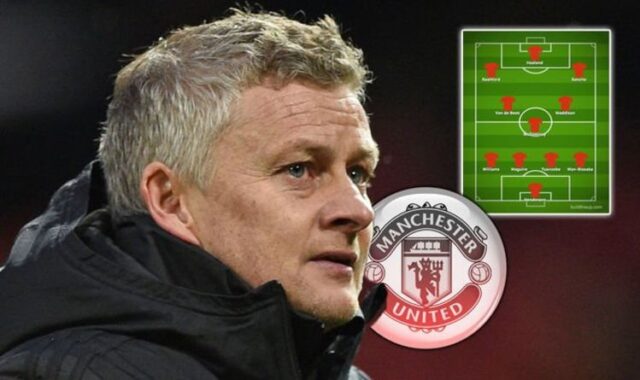 Manchester United were eliminated from the FA Cup by Leicester City in their last game before the international break. The Premier League will return this weekend and the Red Devils hope to get back to winning ways.

The Old Trafford outfit will collide at home against Brighton. Who will come out on top?

As far as the team news is concerned, manager Ole Gunnar Solskajer could make more than a few changes to the squad that started vs the Foxes.

In the goal, David De Gea could return to replace Dean Henderson. In the backline, in-form Luke Shaw should replace Brazilian star Alex Telles to play in the left back position.

In the center of the park, Scott McTominay should return and he could partner record signing Paul Pogba.

Marcus Rashford limped off the field in the Europa League tie against Milan and then missed the game against Leicester in the FA Cup. He could be out and therefore, Daniel James may start on the left flank. On the other end, Greenwood should start on the right wing.

Star playmaker Bruno Fernandes should replace Donny van de Beek to start as the main CAM and Cavani might get the nod to start ahead of Anthony Martial as the main CF.