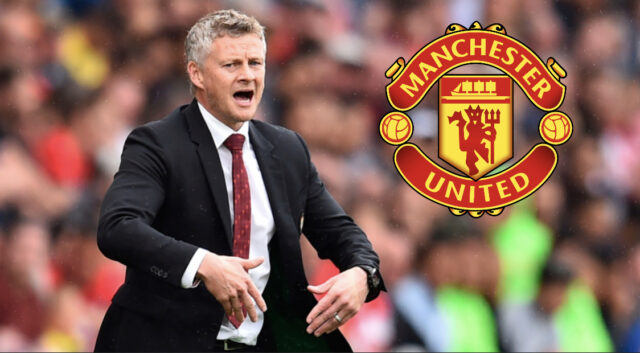 Manchester United and youth walk hand-in-hand. To Ole Gunnar Solskjaer’s credit, he’s continued the mantra that his old boss was so brilliant at developing.

The AON Training Complex is jam-packed with quality. From Hannibal Mejbri to Shola Shoretire, with a little Teden Mengi sprinkled in between. The next generation is there for all to see and it’s only a matter of time before these guys get their big opportunity.

Well, United could be about to try and add another top talent in the form of Everton’s Thierry Small.

The story comes from The Express, who state that full-back Small is set to snub a three-year contract offer from his current club. United are amongst the parties interested in signing the impressive starlet with Arsenal, Brentford and Brighton credited with an attraction.

Dubbed as one of Everton’s ‘brightest academy stars’, Small is looking to depart Goodison Park after a lack of opportunities presented to him. Small actually became Everton’s youngest ever player to feature at first-team level earlier this season, making his debut in an FA Cup game aged 16 years and 157 days.

You certainly can’t fault his ambition, that’s for sure. Still so young and already believing he should be mixing it with the Everton first-team. Now, he’s looking to move away from Finch Farm.

Small, who has drawn comparisons to Bayern Munich’s Alphonso Davies, is obviously talented. However, if it’s fist-team football he’s after, Old Trafford probably won’t be his next destination.

Predominantly a left-back, Small isn’t just going to waltz into Manchester and usurp Luke Shaw from that position, particularly when the Englishman is playing at an extremely high level right now.

No doubt United would be more than happy to sign Small, but he’d likely have to sit in the U23s for at least a year…