Manchester United officials have reportedly discussed the ‘potential framework’ of a deal to sign Declan Rice, with the West Ham midfielder interested in a move to Old Trafford.

West Ham are keen to secure Rice to a new contract, though the England international is unlikely to sign a new deal amid aspirations of representing a side capable of challenging for major trophies.

Manchester United – alongside the likes of Manchester City and Chelsea – have monitored the progress of the 22-year-old, with the Red Devils keen to sign a defensive midfielder during next summer’s transfer window.privacy settings

The Manchester Evening News are reporting that United’s hierarchy have already discussed a potential deal to sign Rice, whilst the midfielder is understood to have spoken to England teammates Harry Maguire and Luke Shaw about the prospect of a move to Manchester.

David Moyes said earlier this year that it would take a bid in excess of £100m to prise Rice from the London Stadium, though there is a sense the Hammers could cash in next summer on a player whose deal runs until 2024.

Ole Gunnar Solskjaer had been keen to sign a defensive-minded midfielder this summer, but instead focused on the arrivals of Jadon Sancho, Raphael Varane and Cristiano Ronaldo.

Chelsea are long-term admirers of the player, whilst Manchester City are considering Rice as a replacement for Fernandinho at the Etihad. 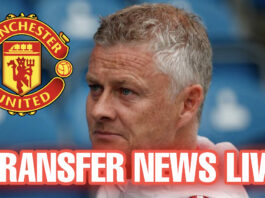 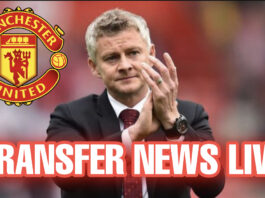 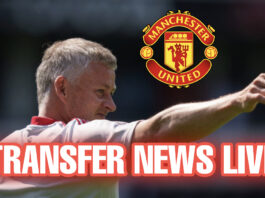