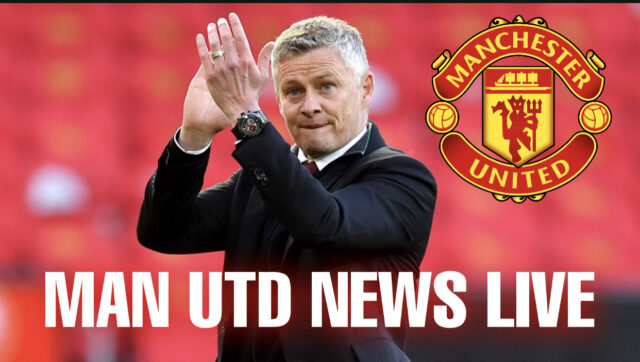 The Gunners would be willing to pay around €30million to sign Van de Beek from their rivals, according to Todo Fichajes, having also shown an interest in him in the past.

Van de Beek shone at Ajax before joining Man Utd last summer in what looked like being an exciting signing by the Red Devils, but he’s barely played for Ole Gunnar Solskjaer’s side since then.

One imagines the Netherlands international would now consider moving on, and he might get more playing time at Arsenal due to their lack of quality in midfield.

The north London giants could do with Van de Beek as an upgrade on someone like Granit Xhaka, or even in a more attacking role to compete with the likes of Martin Odegaard and Emile Smith Rowe.

The 24-year-old could do well to get out of Old Trafford if he wants to revive his career, though Arsenal doesn’t exactly look like the place to be right now.

Mikel Arteta is struggling to get the club back to where it used to be, despite a flurry of other big-name signings in recent times.

Van de Beek is surely good enough to be a bit picky about where he plays next, so it will be interesting to see if he jumps at the chance to move to the Emirates Stadium, even if it does give him the chance to play more often.

It’s not often these clubs sell to each other, but we have seen it a bit more in the last decade or so as the likes of Robin van Persie, Danny Welbeck, Alexis Sanchez and Henrikh Mkhitaryan have moved between the two.