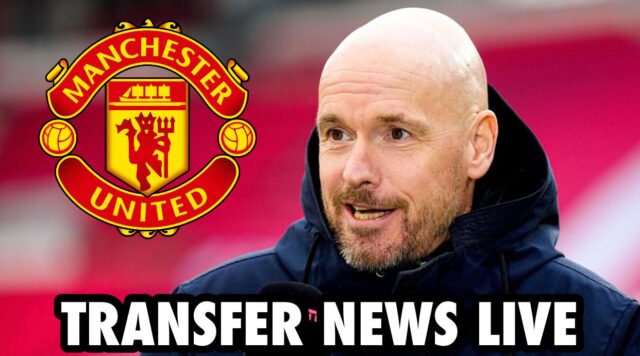 Manchester United are set for a huge summer transfer window.

The Red Devils, who are now set to welcome Dutch manager Erik ten Hag on a permanent basis, will be looking to transform their first-team playing squad.

Not only are the 20-times league winners preparing to lose multiple senior players, including the likes of Paul Pogba, Jesse Lingard and Nemanja Matic, but they must also inject some fresh faces and of course, one of their priority positions is going to be the central midfield.

The likes of Barcelona’s Frenkie De Jong have been heavily linked in recent times (MEN) with Ten Hag rumoured to be keen on a reunion following their time working together at Ajax some seasons ago.

However, another player who could very well find that his long-term future is at Old Trafford is Lazio midfielder Sergej Milinkovic-Savic.

The Serbia international has been with Lazio since he moved from Belgian side Genk back in 2015.

Since then, Milinkovic-Savic has grown to become one of Italy’s most well-rounded and commanding midfielders and with just over 12-months left on his deal, this summer will be pivotal in the 27-year-old’s career.

“I believe this summer could be the time that Milinkovic-Savic leaves Lazio and I won’t be surprised if the destination is Manchester United,”.

“I can say for sure that there are already whispers in the industry that he could move to Old Trafford in time for next season.

“Manchester United are obviously about to lose several midfielders of their own, one of which is, of course, Paul Pogba and I think when it comes to Milinkovic-Savic, particularly his characteristics, he would be a great replacement, as well as a great fit in the Premier League.”

It is hard to argue with De Fanti’s assessment but when it comes to how much the Red Devils would need to pay, Milinkovic-Savic is unlikely to come cheap.

Speculation surrounding his price tag has varied from the modest to the ridiculous but De Fanti expects Lazio to part ways with their star man for a reasonable fee.

“Although his valuation is going to be fairly high, when I hear things about his price tag being set at something crazy like €100m, I just know it will never be that much, especially because he has just one year left on his contract,” the Italian agent added.