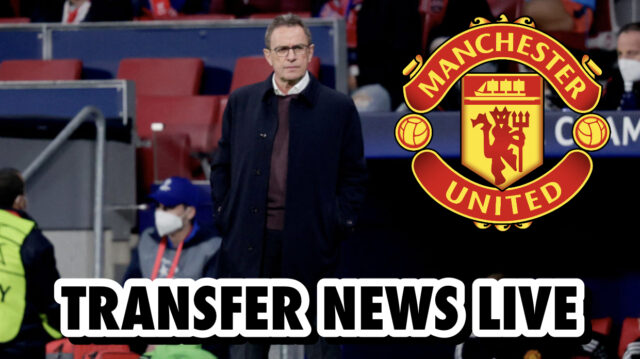 Manchester United and Marcelo Bielsa would be a perfect fit for one another.

That is the bold view of former Chelsea attacker Tony Cascarino, who is a huge admirer of the Leeds United head coach’s brand of football.

With the Red Devils on the lookout for a new permanent boss to replace interim manager Ralf Rangick in the summer, Tony has stoked the fire by suggesting the Argentine be a possible option.

‘I personally love his brand of football,’ he told. ‘I think he’d be an incredible fit at Manchester United.

‘The reason he doesn’t stay at football clubs or doesn’t commit to them is because he only sees his job year by year and no more.

‘I think Bielsa gets a raw deal in many ways. Think of Leeds before Bielsa walked through the door and look where they are now.

‘Are they ever going to compete with Man City, Liverpool, Manchester United, clubs that spend huge amounts of money on wages?

‘No he’s not but he produces very, very effective teams. He’s done it in a very different way in many different places and in different countries.’

The South American is under contract with the Whites until the summer but is under pressure to keep his side in the Premier League considering a poor first half of the term.