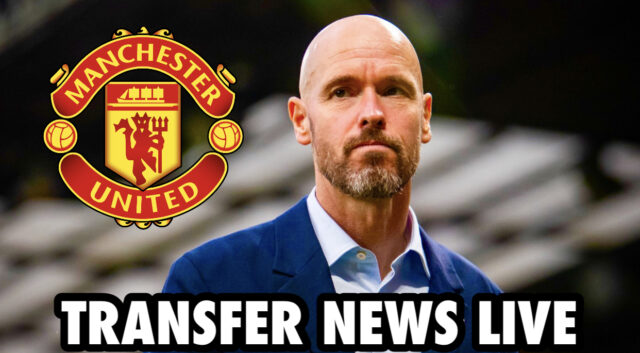 Manchester United are wasting no time in looking for Cristiano Ronaldo’s replacement with a bid lodged for their No 1 target, Chelsea are to sign a Barcelona attacker in January, while Monday’s Euro Paper Talk claims Tottenham are nearing another raid on Juventus.

The Red Devils are now urgently seeking a new striker with Cristiano Ronaldo almost certainly playing his last game for the club. Ronaldo’s explosive interview with Piers Morgan reveals his lack of respect for Eric ten Hag as well as his frustrations with life at Old Trafford.

As such, there will not be a way back for Ronaldo at United and the interview will pave the way for his exit in January.

That will leave United with a big hole to fill and reports in Italy claim Napoli have already fielded an enquiry for Osimhen.

As per Il Mattino, Napoli have already received an enquiry for Osimhen, who is rated in the £87.5m (€100m) bracket.

The Serie A leaders have also received interest in star winger Khvicha Kvaratskhelia, with his form also alerting a number of suitors.

However, despite Man Utd’s very obvious interest in Osimhen, Napoli president Aurelio De Laurentiis has no intention of doing business.

His side hold a eight-point lead at the top of Serie A and are on track to win a first Scudetto since 1990.

As such, no amount of money will convince them to sell in January and weaken Luciano Spalletti’s title-chasing squad.

However, United could have more luck in the summer with the striker seemingly topping Ten Hag’s list of candidates to replace Ronaldo.