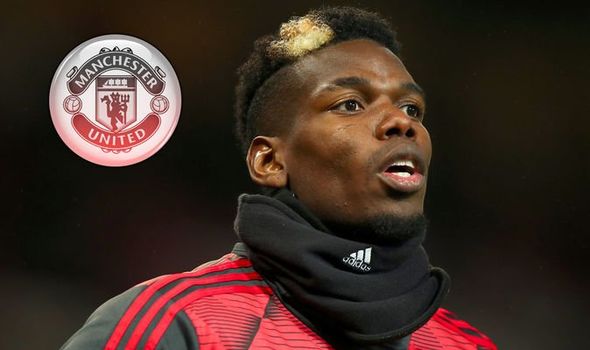 Manchester United are at risk of losing Paul Pogba this summer – but they might have a new long-term partner for Bruno Fernandes waiting in the wings.

The Red Devils have a host of exciting talents rising through the ranks including several midfield prospects.

And with James Garner reportedly set to head out on loan to aid his development, it is Dylan Levitt who could prove the next in line to be eased into first-team action.

Scott McTominay has successfully established himself as a key first-team player from the academy setup whilst Fred has kicked-on after a tough first season.

But with Pogba still being tipped to depart, the Red Devils could be left looking at fresh options as they build around January signing Bruno Fernandes.

The likes of James Maddison, Jack Grealish and Jude Bellingham are on their radar but the financial implications of the coronavirus pandemic might make big business difficult for anyone this summer.

And United are safe in the knowledge they have Levitt, compared to Paul Scholes for his style of play, waiting to take his chance.

Levitt is highly-rated by United’s academy coaches, who handed him a professional deal in April 2018 then signed him up until June 2022 with an option of an extra year on improved terms earlier this season.

The teenager is admired by United legend Ryan Giggs, who has regularly selected him in his Wales squads despite him not yet making a Premier League appearance.

The 19-year-old has made a seamless transition into United’s Under-23s, scoring three Premier League Two goals and registering four assists.
He has often impressed in front of Ole Gunnar Solskjaer and Mike Phelan and been included regularly in first-team training with the squad.

Having publicly declared Scholes was his idol growing up, Levitt has caught the eye with his precise passing and control of the game from midfield, skills he displayed as he made his first-team debut in the Europa League against Astana.

Even Scholes himself was impressed by Levitt’s display for a young side fielded by Ole Gunnar Solskjaer and indicated he knows his former team-mate will not be afraid to give them a chance.

“Yeah, I was impressed with some of the lads,” Scholes told BBC Radio 5 Live after the game. “I think the two lads in centre of midfield Garner and Dylan Levitt were impressive.

“Without being too risky, I thought they kept the game ticking over quite nicely and were in nice control of the game.

“Ole has done that before, he thinks that if young players are good enough he will give them a chance. Which is good.”

The departure of Pogba could see Levitt move a step closer to first-team action, particularly if fellow youngster Garner heads out on loan, and he could establish himself as United’s next midfield academy star in the future.