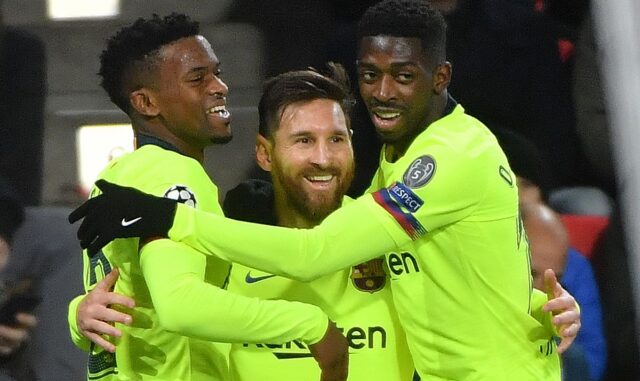 According to the Spanish publication Sport (h/t Metro), Manchester United are in talks with Barcelona over signing Portuguese full-back Nelson Semedo.

The Portuguese international’s future has been a matter of debate at the Nou Camp after he lost his starting position to Sergi Roberto.

It was earlier reported by the Sun that negotiations have broken down. This was because the player is not keen on playing the role of a backup.

The 26-year-old’s predicament has drawn considerable attention from the Premier League. Tottenham Hotspur and Manchester City are both keen on the player, with the latter hoping to swap him for Joao Cancelo.

United have now entered the fray for the player making it a three-horse race. However, the player’s release clause of £88million will be a huge point of disagreement, especially given the current financial climate.

Barcelona are already looking to offload both Ousmane Dembele and Philippe Coutinho for significant losses. It remains to be seen if they are willing to compromise on Semedo’s asking price as well.

Moreover, Semedo is keen to obtain more playtime. He may find it hard to come to United given the presence of Aaron Wan-Bissaka and Diogo Dalot. Semedo will be an upgrade over Dalot but Wan-Bissaka is the established first choice at Old Trafford.

Wan-Bissaka is the first choice right back at Old Trafford

It could prove to be a case of jumping from the frying pan into the fire for Semedo. His contract at the Nou Camp runs until 2022. The Catalans are keen on keeping the player and are willing to offer him an extension until 2024.