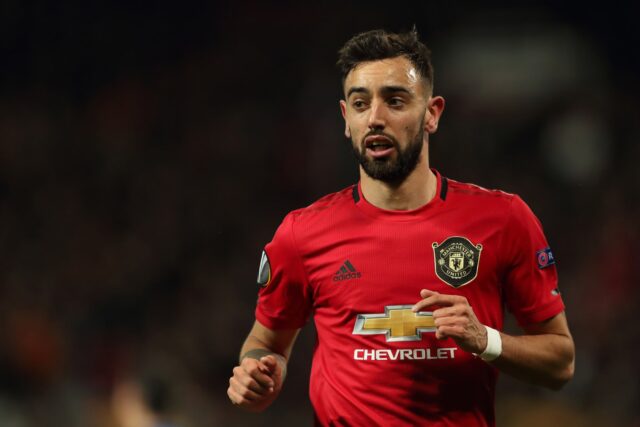 Manchester United are looking at midfield partners for Fernandes ahead of the summer transfer window, with Paul Pogba expected to be shown the door.

Much has been made of the duo finally getting to play together when the Premier League resumes but it’s unlikely to be for too long, with Pogba still chasing a move away.

That’s led to United eyeing a deal for Saul, who has flourished at Atletico under Diego Simeone in recent years.

It was claimed last week that the Red Devils were hopeful of signing the player on the cheap, having believed Atletico could sell for less due to their current financial situation.

But Marca insist that isn’t the case and that United would have to pay the full £135million release clause of the player.

That would make him the most-expensive signing in the club’s entire history.

Pogba remains their costliest recruit to date, costing them £89m when he returned from Juventus in the summer of 2016.

Harry Maguire is next up, with United paying a massive £80m to bring him to Old Trafford from Leicester last year.

And the club forked out £75m on Romelu Lukaku when they brought him to the Theatre of Dreams from Everton three years ago.

Atletico are determined to keep their squad together as they target success under Simeone, who is committed to the long term.