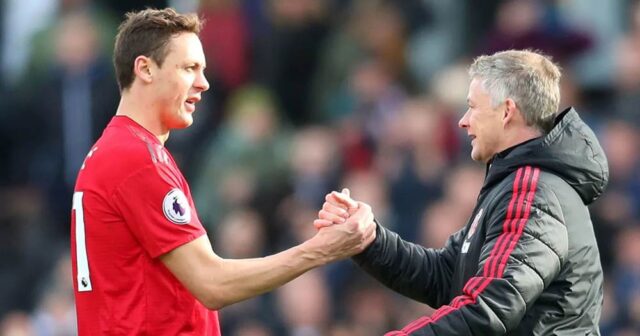 Manchester United manager Ole Gunnar Solskjaer has confirmed that Nemanja Matic will be staying with the club next season after having agreed on a contract extension.

The Serbian rarely played for Manchester United in the league during the first half of the campaign but he has managed to redeem himself after the turn of the year following injuries to Scott McTominay and Paul Pogba.

Matic’s form in the centre of the park has already earned him plenty of praise from the fans and Solskjaer has now confirmed that the midfielder has penned a fresh deal beyond the current campaign.

According to The Telegraph, United are deemed to have triggered the one-year extension clause present in the midfielder’s deal. However, The Mirror cites that United have agreed on a fresh two-year contract with the ex-Chelsea man.

Matic has missed just one league game during the second half of the season and that came through a suspension following the red card in the League Cup semi-final tie second leg at Manchester City.