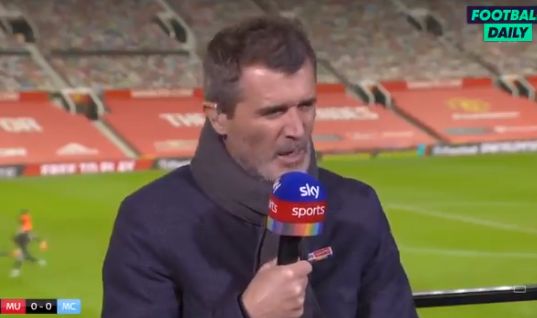 Manchester United legend Roy Keane is clearly not happy with how the intensity of the Manchester Derby has died down since his playing days.

The Red Devils played out a rather dull 0-0 draw with their rivals Manchester City in yesterday’s Premier League clash at Old Trafford, and Keane was clearly raging after the game.

Keane was even annoyed at the lack of cards in the game, saying: “We’ve got two bookings in a derby game, I’ve never seen so many hugs and chats after the game. It’s a derby game!” the former United captain vented.

“I’m scratching my head, I’m really frustrated. You’ve got to go and find a way to win a game of football.