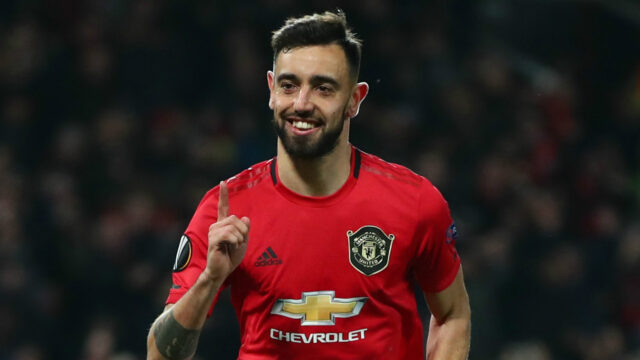 Manchester United playmaker Bruno Fernandes has revealed that he “didn’t think twice” about the chance to play for the 20-time English champions after they came with an offer in the winter transfer window.

The Portugal international had been strongly linked with a move to Old Trafford the previous summer, however, finally, finalise the protracted transfer from Portuguese giants Sporting Lisbon earlier this year and has hit the ground running at his new team.

Portugal international midfielder has quickly become a fan favourite after helping to turn the Red Devils fortunes around on the pitch, and he reserved special praise for how the fans have welcomed him.

“It’s a big change coming from another country to a big club with big players. When I have the chance to come, I didn’t think twice,” he told Sky Sports News.

“The support I’ve received from the fans since the first day is amazing. I listened to the song they do for me and I’m like ‘two days I’m here and I already have the song’.

“The love they give me in this first month is really good.”

The 25-year-old has managed to found back of the net three times and created four more in his nine appearences for the Red Devils so far.