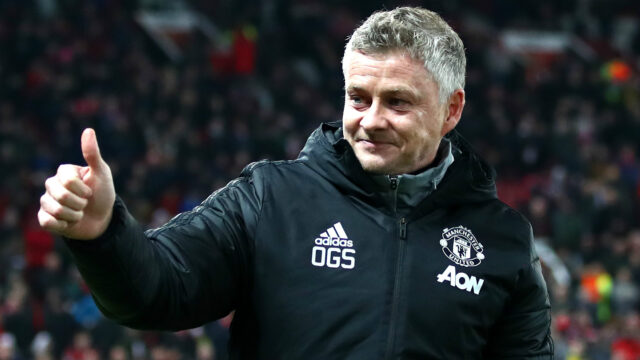 Schalke attacker Rabbi Matondo has refused to rule out a future switch to the Premier League amid interest from Manchester United.

The club have reportedly identified the ace as a backup option if their mega-money move for Borussia Dortmund star Jadon Sancho can’t be completed.

In spite of struggling to nail down a starting place for the Bundesliga outfit this season, the Welshman is rated highly in Germany.

Matondo has a €60 million (£54m) exit clause in his contract, while his former team Manchester City have the option to exercise a €45 million (£40m) release clause.

However, the Red Devils are said to be confident that they can negotiate a lower price for the teenager if the club decide to make a summer move.

When quizzed about the recent interest in him, Rabbi told the Manchester Evening News:

‘Obviously, there are people talking, asking me and stuff but I am not really thinking about it. I am concentrating on Schalke. I still have to achieve my goals for Schalke.

‘I am just concentrating on that and we just see how things go, but for now I am just focused on Schalke. Hopefully I can get into the team and help them climb up the table.’

And when questioned about a future move back to the Premier League, Rabbi did not want to rule out any possibilities.

‘I haven’t really thought about it like that,’ Matondo added. ‘I just want to do well at Schalke and give back what they have invested into me.

‘I just want to give my all and then whatever happens in the future happens. Never say never.’