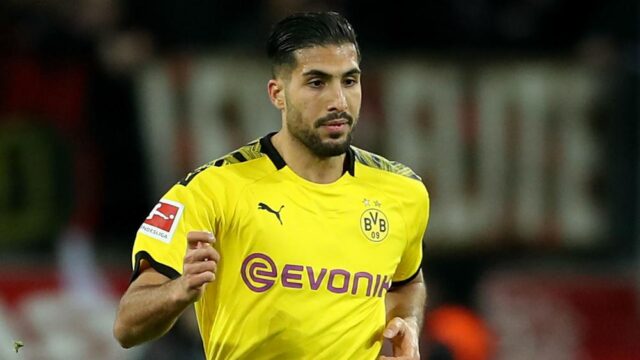 Emre Can has revealed that he turned down a proposal from Manchester United in January, ahead of his move to Borussia Dortmund.

On transfer deadline day, Borussia Dortmund confirmed that Can had made the move to the Westfalenstadion on loan for the remainder of the campaign.

And, after just 2 Bundesliga starts, the German’s return to his home country was made permanent, as Dortmund locked Can down for the next 4 seasons.

And, as outlined above, the midfield powerhouse himself has today provided an insight into some of the other offers that came his way over the course of the winter window, before Can eventually committed to Dortmund.

Speaking in an interview with Kicker, the 26-year-old confirmed that Manchester United were indeed one of a trio of Premier League clubs to have expressed a keen interest in his services.

However, in words that will no doubt come as music to the ears of the Liverpool faithful, Can went on to admit that he never even took a Man United switch into consideration, based on his Anfield past:

‘I had three offers from the Premier League alone, including from Manchester United, but I didn’t think about that for a second because of my Liverpool past.

The ex Liverpool star added: ‘I have always had an extreme sympathy for BVB. I wanted to go to a club for which I can be important where I am needed. That’s the case in Dortmund. Borussia suits me well – and vice versa.’