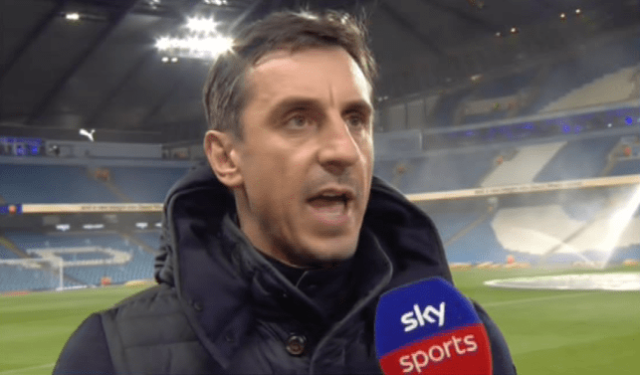 Ole Gunnar Solskjaer’s side currently sit fifth in the Premier League and are three points adrift fourth-placed Chelsea in the race to secure Champions League qualification, the club’s hopes of a top four finish boosted by a vital 2-0 derby victory over Manchester City on Sunday.

Neville believes the performance is further evidence of the club’s improved recruitment in recent windows, praising the United board for moving away from a ‘Football Manager’ policy involving the signing of marquee additions.

“If you think about recruitment at Man Utd, it’s actually about the players that maybe they haven’t signed,” Neville said on Sky Sports.

“What they seemed to be doing at one point is getting linked with a player and they’d jump in and panic, whereas now they seem to be a bit more thoughtful.

“[Odion] Ighalo seems to be the only one on the last day [of the transfer window], it was a necessity they had to get somebody in, it did seem a little bit erratic.

“But a few years ago it was like they were playing Football Manager. Falcao’s available, [Angel] Di Maria’s available, [Bastian] Schweinsteiger’s available, whereas now I think they realise that strategy was not working at all.”