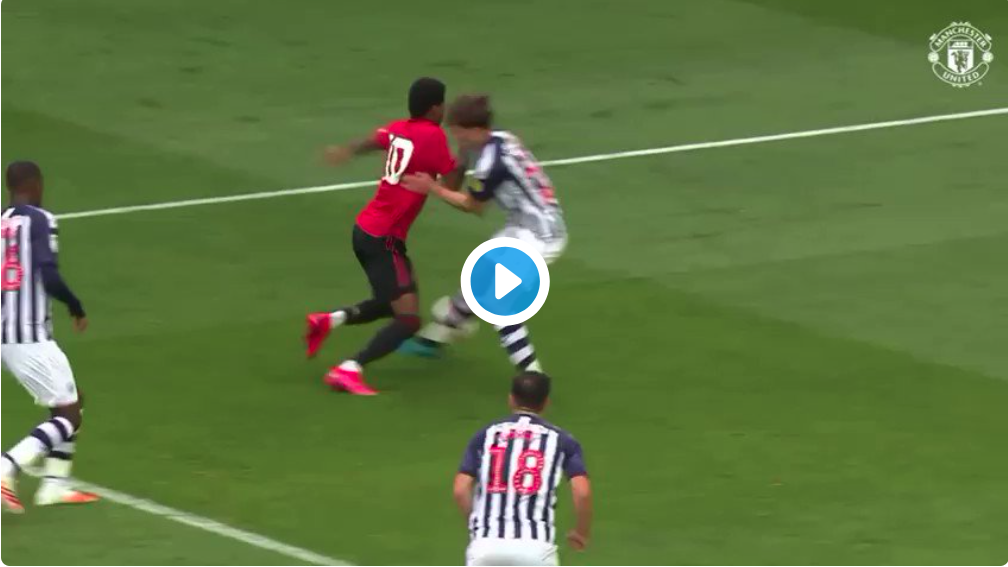 Manchester United fans are understandably excited and optimistic about the return of Premier League football.

Ole Gunnar Solskjaer’s side were showing signs of improvement prior to the season being suspended due to the coronavirus pandemic.

United’s 2-0 win over Manchester City in their last Premier League fixture was one of the squad’s best performances under Solskjaer.

Now, the Red Devils will be buoyed by the return of two key players for the restart of the 2019/20 season; Paul Pogba and – more importantly – Marcus Rashford.

Rashford’s season was cruelly halted by a back injury earlier in the year, but the England striker is now back fully fit in what is a major boost to United’s Champions League qualification ambitions.

The 22-year-old got some much-needed game time in the two friendly matches against West Brom yesterday and footage of the fleet-footed striker is currently attracting A LOT of attention on social media.

Have a look at the clips for yourself below.

Now you see him, now you don’t 💨 @MarcusRashford pic.twitter.com/VCenOgWVKE

Few clips of @MarcusRashford back in action after being injured 😁 pic.twitter.com/MSIQHBZfAg