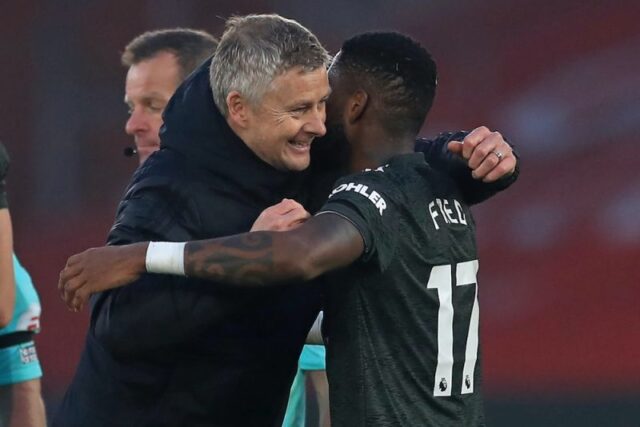 Manchester United manager Ole Gunnar Solskjaer has explained why he decided to leave out midfielder Fred for the Reds’ Premier League clash against West Ham on Saturday.

United travelled to the country’s capital where they faced-off against David Moyes’ in-form Hammers.

Despite a dire collective performance during the game’s first-half, two inspired half-time substitutions from Solskjaer saw Marcus Rashford and Bruno Fernandes turn the game around.

United eventually went on to win the game 3-1 despite falling behind early on after Jarrod Bowen shockingly opened the scoring.

However, one player who was unable to stamp their authority on yesterday’s domestic clash was midfielder, Fred.

The Brazilian box-to-box midfielder did not travel with his team-mates to London which prompted fans to wonder what the reason behind his exclusion was.

Speaking after the match, Solskjaer lifted the lid on his decision to leave Fred out.

“Fred’s not injured,” Solskjaer explained, as quoted by MEN. “He’s getting ready for the rest of the season because we’ve got a long season it was a tactical decision to go with more physically strong, or height, height is more right than physically right.

“Paul [Pogba] and Scott [McTominay] and Nemanja [Matic] were my three midfielders I brought down for this one.”

United’s next Premier League match is scheduled to take place on December 12 and will be against arch-rivals Man City at Old Trafford.

In light of Solskjaer’s managerial decision, Fred will be afforded an extended break after a European suspension will see him miss his side’s mid-week clash against RB Leipzig.