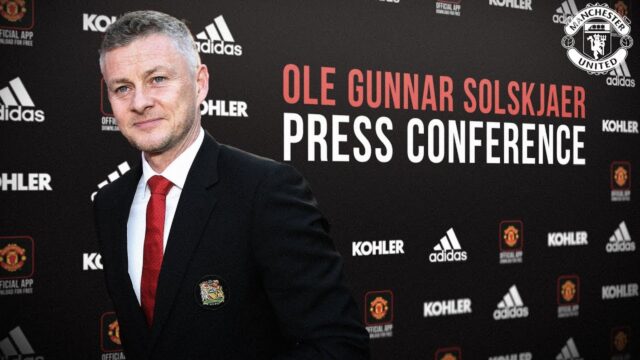 🗣Solskjær: “Marcus [Rashford] has been training this morning, not fully but he joined in with the group. His shoulder stopped him finishing the game [PSG] so he’s been getting treatment and hopefully he’ll be part of the squad that travels, we’ll see after training.”

🗣Solskjær on Manchester United’s consistency: “Depends on how many games do you want to go back, football is a game with human beings and live their own lives, we’ve played some fantastic games, go 40 games back we’re one of the most consistent in the Premier League.”

🗣Solskjær: “Luke’s [Shaw] not ready yet, apart from that we had a big squad training again.”

🗣Solskjær: “He’s [Cavani] a different type of centre forward, he can play a different way and his experience in world-football, he’s come in and shows young lads how to live your life and last your career.”

🗣Solskjær: “Facundo [Pellistri] has come in, trained with the first-team, he’s done well, we felt now is time for him to get game time, he played a couple of games in reserves, gradually settled in nicely and is more used to us.”

🗣Solskjær: “Amad [Diallo] has come on a few times for Atalanta and is a very exciting talent and hopefully we’ll get the work permit and he’ll be with us in January. He’s a very, very exciting boy as well.”

🗣Solskjær: “Hopefully it won’t take too long to completely go away. Of course, you think about how you manage these players throughout the whole season anyway.”

🗣Solskjær: “Marcus [Rashford] as you say, he’ll run through a brick wall for you and that’s the type of lad he is. We’ve just got to be fingers crossed it [shoulder injury] doesn’t get worse because at the moment it is still manageable.”

🗣Solskjær: “We had Wednesday night and we have [RB Leipzig on] Tuesday, so 17:30 [vs West Ham] is perfect. I’ve got to say that’s right bang smack in the middle. It’s when you travel, say when we’ve travelled on a Wednesday night to Turkey and have to play 12.30.”

🗣Solskjær: “Tottenham were in Bulgaria on a Thursday night and played Sunday morning at 12 or one o’clock. I don’t think that’s fair on either of our teams and Liverpool have had it a couple of times.”

🗣Solskjær: “It’s that 12:30 slot because the boys recover so much better if they can sleep properly. It’s like wake up at 8 or 9 o’clock, eat and go and play. Those extra hours would be very beneficial.”

🗣Solskjær: “Confidence-wise Edinson [Cavani] coming in is a boost for the whole team and Edinson speaks really good French as well. I’ve seen Anthony [Martial] and Edinson getting on really well.”

🗣Solskjær: “The sending off [against Tottenham] stopped his [Martial] season a little bit because he was just getting going, I felt. We are very happy with his contribution.”

🗣Solskjær: “On Wednesday night, everyone points to the one chance he [Martial] misses but what about the chances he set up? His overall contribution to the team, his cleverness, even his defending is improving.”

🗣Solskjær: “I don’t think you’ll see the same total points score we have seen the last three seasons. One-hundred per cent sure [across all teams in the Premier League]. Because of the congestion and because of the preparation teams have had.”

🗣Solskjær on Martial: “As a striker you’re measured by goals. As soon as you get one, if it’s off his backside or back of his head or heel it doesn’t matter. He’ll get going Anthony, I’m not worried about that.”