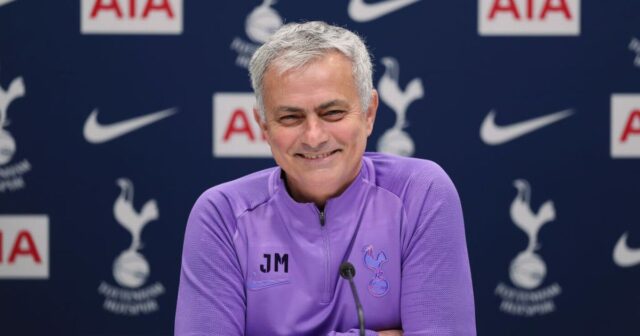 Jose Mourinho is reportedly interested in signing Inter Milan centre-back Diego Godin in the summer transfer window. Uruguay international was regarded as one of the finest defenders in Europe during his peak years at Atletico Madrid, but he has failed to live up to expectations at San Siro and fallen out of favour under manager Antonio Conte.

Diego is expected to leave Inter at the end of the 2019/20 season which has put several clubs on red alert, including Man United who were also keen during Mourinho’s tenure. It’s understood Mourinho sanctioned a £23m bid to sign Godin back in 2018, but the defender just used Red Devils offer to get a bumper new contract with Atletico Madrid.

Jose has not been put off by his previous rejection or Godin’s underwhelming spell at the San Siro and is preparing to compete with his former club for his signature over the coming months. Jose is determined to add an experienced defender to his dressing room, with Tottenham preparing for life without Jan Vertonghen who looks ready for a free transfer.

Valencia also weigh up a move for Diego, whose deal expires in 2022. Though Jan has not ruled out the possibility that he could remain at Tottenham beyond the summer, Vertonghen dropped a huge hint that he could be ready for the exit door in an interview with De Kleedkamer. ‘I will have to decide what I want in my career,’ he said.