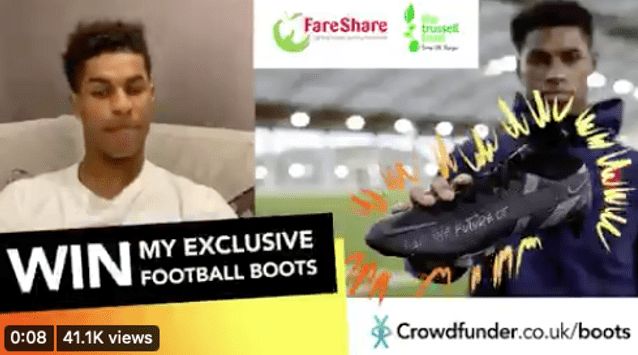 Manchester United star, Marcus Rashford, is a man on a mission, and it seems that nothing is going to stop him on his crusade to ensure that no child will go hungry, both at school and now over the Christmas holidays.

Rashford has won widespread acclaim for his initiative and subsequent battle with the UK Government, which has seen the latter overturn two previous decisions based on the strength of the striker’s argument and the backing he had received from various large corporations.

Now Rashford has decided to put two of his special edition boots – which can’t be bought in the shops – up for grabs, with all profits going to his chosen charities.