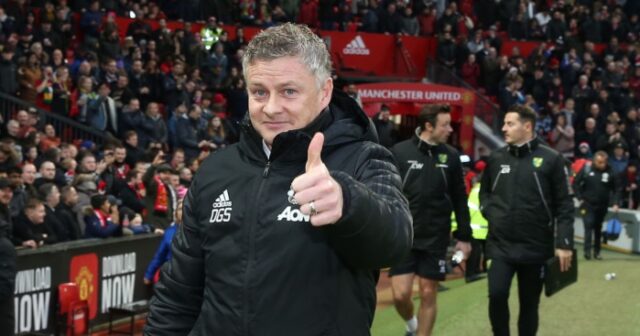 Manchester United and Jadon Sancho have been mentioned in the same breath multiple times a day by English and German media over the last few months.

To me, it feels like a case of ‘when’ rather than ‘if’ said transfer will happen. Well, from a Red Devils standpoint, last night The Telegraph ran a story that pours cold water on the Sancho rumours.

The excellent Mike McGrath writes that United are ‘wary’ of committing to a mega-money, record-breaking Premier League transfer at this stage. Given everything that’s going on in the world, you can sort of understand the Red Devils’ stance.

Without wanting to add further disappointment, Dortmund ‘will demand’ £115m to let Sancho leave. I guess we always thought it’d take at least £100m+ to get the deal done, but that’s definitely a bigger risk this summer.

Now I know it’s easy for me to say, but Sancho is a football icon. He’s a global brand whose stock will only rise over the next half-decade or so. With my business-head on, United should think of this as an investment because make no mistake about it, Sancho would be amongst the top shirt-sellers in the world, while his talents could take the Old Trafford club to that next level.

The right-hand side of attack has been a real issue for a fair while now, so why not solve it by going after one of the best in the business?