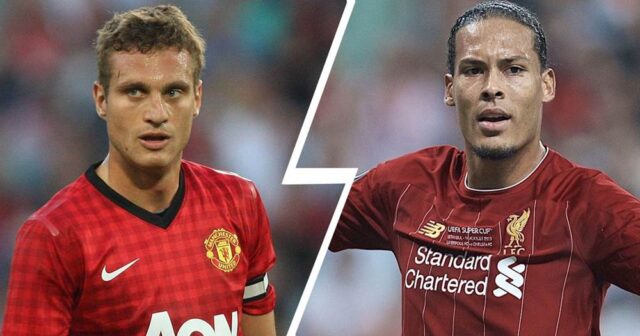 Manchester United legend Rio Ferdinand says he would select Nemanja Vidic over Virgil van Dijk if he had to choose between the two centre-backs but insists he ‘loves’ the Liverpool star who he rates as the ‘best defender in the world’.

Ferdinand and Vidic spent nine seasons together at Old Trafford and their formidable partnership at the heart of United’s defence is widely regarded as one of the greatest in the history of the Premier League.

Despite winning significantly fewer trophies than Ferdinand and Vidic, Liverpool talisman Van Dijk has already been compared to both players after two years of magnificence on Merseyside. The Dutchman was central to Liverpool’s triumphant Champions League campaign last term is on course to get his hands on the Premier League trophy for the first time this season, with Jurgen Klopp’s men just two victories away from the title.

However, when Ferdinand was asked to choose between Van Dijk and Vidic, there was only one winner. ‘Prime Van Dijk or prime Vidic? Ooooh, good question!’ Ferdinand replied during a Q&A session on his Instagram Live. ‘I’ve got to go with Vidic because he was my partner, man. He was my partner. He covered my back and I covered his. That was it. ‘I love Van Dijk, don’t get me wrong. I love him. Best defender in the world now, definitely. ‘I’d love to have seen him play in our time, seen what he was about. That would have been interesting. But top player.’